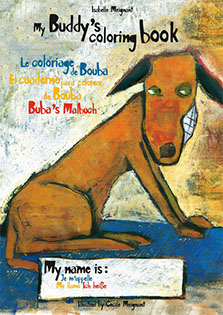 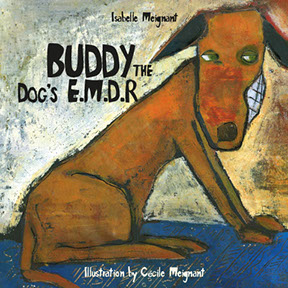 " The Extaordinary Momentum for Discovery and Reconciliation of Buddy the brown dog that everyone called grumble " is a book which tells the process of accepting a traumatism through the story of a beaten dog, a victim of ill-treatment. It helps to explain the internal turmoil which we have after a trauma. The story speaks to children from 0 to 99 years old.

It allows us to understand the internal process which takes place during the acceptance creation of a trauma, a process caused by eye movements, as during the therapy EMDR.

It’s also a magnificent tool for understanding the neuro emotional integration processing which takes place during the bilateral stimulation, for all those suffering traumatism in the broad sense of the term: simple or complex, unique or multiple,  the traumatic disorders of development and generally the memories of the past staying emotionally in the present. These events of the past of which we say “it’s as if, it was yesterday”  which do not become memories which we consult and which do not hurt any more.

This book shows an example of the internal process of EMDR which will allow Buddy the dog to become reconciled with himself and to be able to live WITH the memories and not IN the memories.

This book is recommended by Ricky Greenwald, Bob Tinker and Sandra Wilson from the United States, Joanne Darker Smith from the United Kingdom and Michel Silvestre from France, for children who have had traumatism. It is also recommended for adults by Phyllis Klaus and Carol Forgash who work with adults with separate personalities, and adults who suffer from traumatism disorders. . 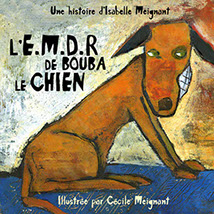 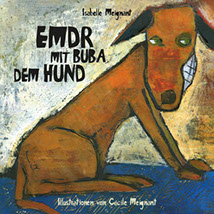 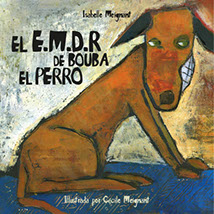 And here is my buddy's coloring book, a EMDR client workbook for child, in 4 languages.

"With the help of your therapist come with me for the Extraordinary Momentum for Discovery and Reconciliation, your friend Buddy..."